Christiania bikes, a link in the waste to biogas chain 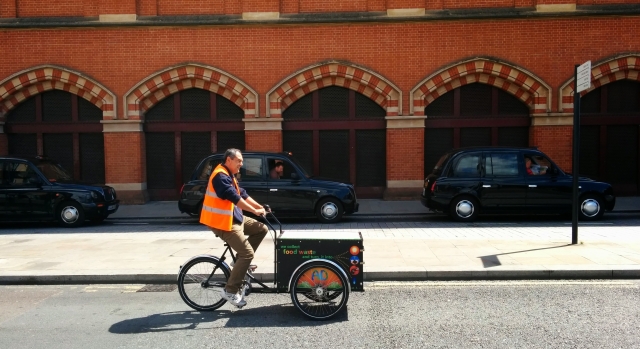 Our customer Community by Design is running a pilot Food Waste to Biogas project at the Camley Street Natural Park, just North of King’s Cross.

A 2 metric cubic digester is fed with 150kg of food waste a week collected locally with a Christiania cargobike. In these pictures we see Juan, one of the people working in the project, collecting waste from local hotels. The waste is first macerated, then pumped into the digester, home of billions of methanogens who devour it, producing a liquid fertiliser and biogas. The latter is stored in a large bell tank; it can be used as it is, or separated into methane and CO2. Methane is used for heating, and the CO2 is captured in water (it can be used in greenhouses and polytunnels to foster plant growth). See more here.

Project leader Rokiah Yaman feels that micro digester sites will have an important role in the city of the future, creating a virtuous loop around local food production, waste treatment and energy production. 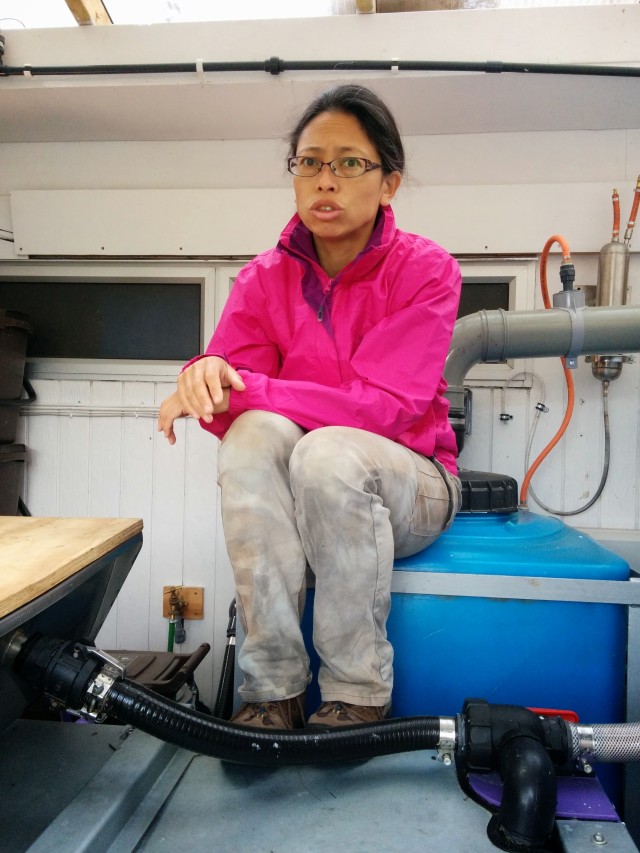 Rokiah on top of the machinery, explaining the wonders of methanogens.

Cargobikes are a key ingredient: rather than using energy to get rid of waste, waste is collected and treated locally.

OK, let’s see if I can break the record

Bins fit perfectly in the box

You are welcome to visit the Project at the beautiful Natural Park; there are many informational posters that explain how the gas is produced and then separated between methane and CO2, for more efficient burning. Community by Design’s website is also rich in information.