Christiania bikes offers three options to help you with heavy loads or up hills.

Our rearDrive e-motor has been developed and designed in Denmark by Promovec.

The system features a display, a throttle and an easy lockable battery with an integrated light, and software that is thoroughly adapted to our models.

The system has been tested in Scandinavian weather conditions and is made to cope with tough challenges. The motor has a three year warranty, and the battery has a two year warranty with the possibility to receive an extra two-year capacity warranty. The batteries are produced in Denmark from a 100% renewable energy facility and by strict regulations.

The rearDrive has a brushless DC hub motor with planetary gear, a 250-watt continuous effect with a max peak of 550 watt and a max torque of 54 Nm. The system has a voltage of 36V and is available with a 17.4 Amp battery, which has a range up to 70 km.

midDrive Pro consists of the latest components from the Shimano STEPS series, including the recently released Drive unit for Cargo bike use DU-EP800-CRG the BT-E8016 630wh battery, the SC-E5003 display. In addition, the system is integrated with a powerful LED front and rear light, which you can turn on and off directly from the display.

midDrive Pro is especially intended to be used for heavy loads and in hilly terrain. midDrive Pro can provide up to 60Nm and has a range of 40 – 60 km per charge. The battery has been developed in collaboration with Sony and contains Sony’s most advanced battery cells, which can handle up to 1,000 charges without significant power loss. The battery recharges quickly and can be charged while it is mounted on the bike. 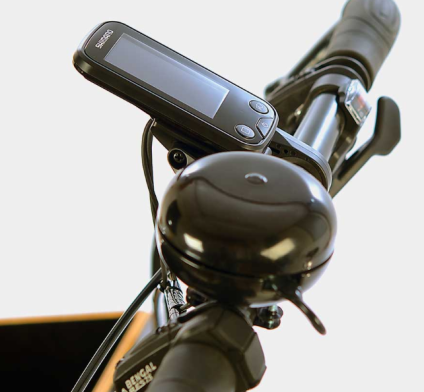 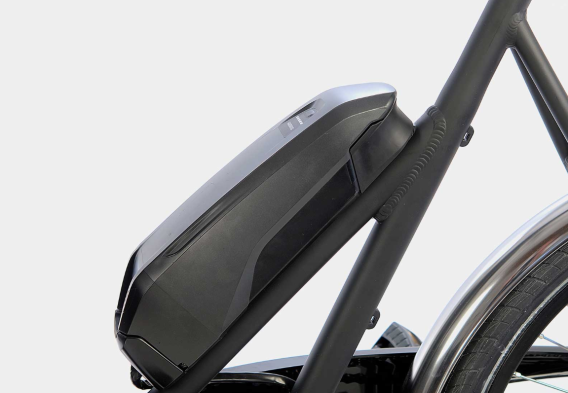 If you already have a Christiania Bike and want to add a motor to it, the Pendix system is for you.

It is a central motor with two battery choices 330Wh or 497Wh.