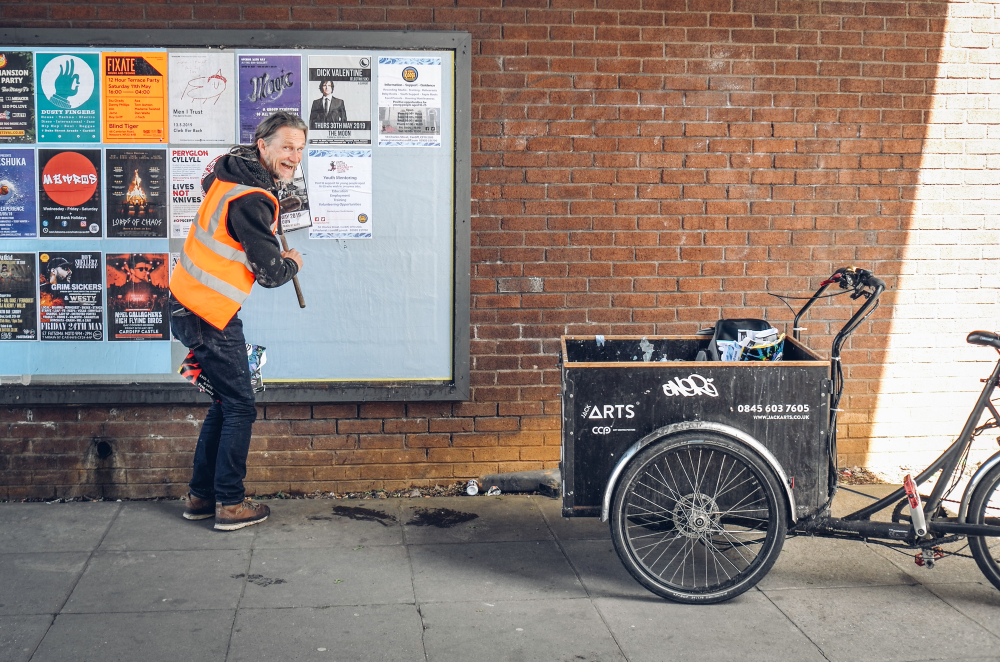 Johnny has been working billboards in Cardiff for over 20 years. In the early days, Johnny used to dress up as a teenager and rode his BMX around the city early in the morning, pretending to be a paperboy. “I never got caught” he says, “not like the guys that went around in vans. The police knew their registration plates and used to pull them over before the even got started”. So for Johnny, the bicycle has always been his way of working under the radar of the establishment. But today, Johnny’s traded in his BMX for a wonderful Danish Christiania transport bike and he posts legally all over the city for clients like progressive Jack Arts creative agency.