“The family with the big, red bike” now also delivering “the tastiest, freshest bagels with the lowest environmental impact.”

Brooke Fossey bought a Christiania Bike to transport her two children a few years ago.

The older boy is now riding his own bike, but Brooke has found a new use for her beloved bike. 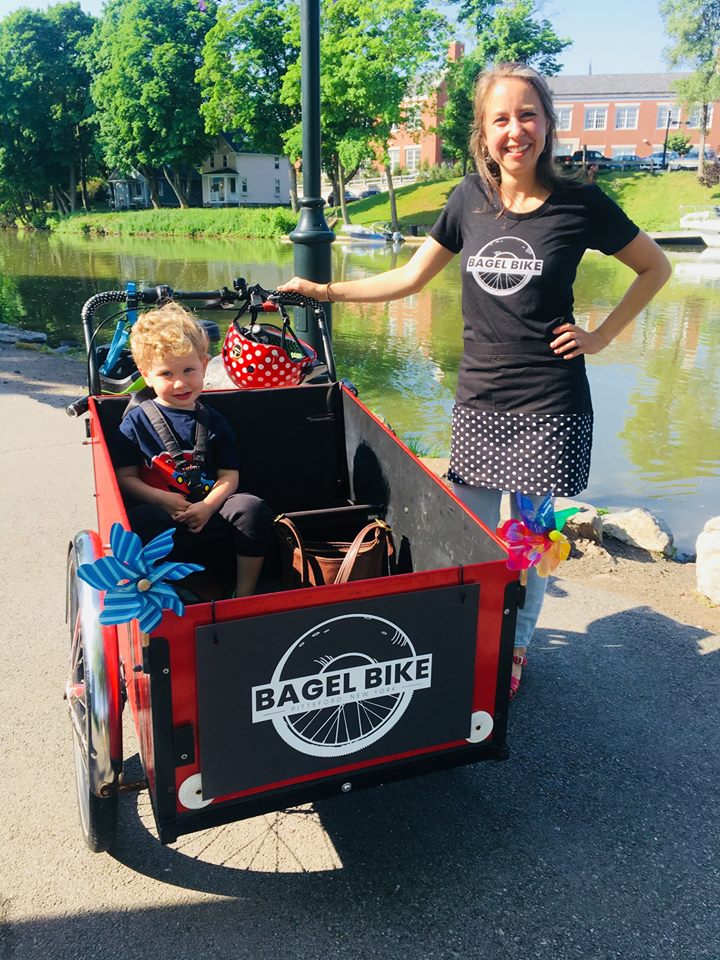 Brooke is an expert baker and from her kitchen she prepares a selection of fresh bagels (plain, sesame, poppy, garlic, onion, everything, cinnamon raisin and rosemary olive oil), which she then delivers to local customers and to the weekly farmers’ market by bike. 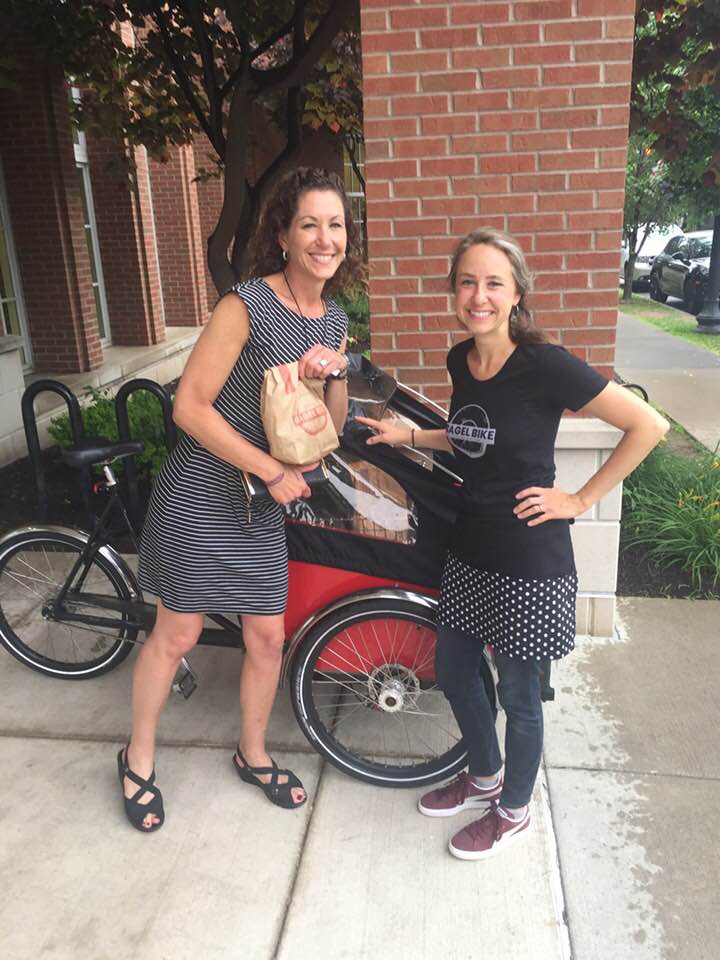 According to Biking Press, customers are delighted:

Dan Keating, a village resident who works at iVEDiX, an analytic software company at Schoen Place, is a fan.

“We do Bagel Wednesday every week at work,” he explained. Employees take turns buying bagels for the office “and bring them from all over.” A couple of weeks ago, when it was Keating’s turn, he decided to give Bagel Bike a try.

Also a village trustee, Keating was acquainted with Fossey, thought her business was a “cute idea” and that the bagels would be good. “But they were spectacular!” he said. So, yes, his office is ordering them again this week. 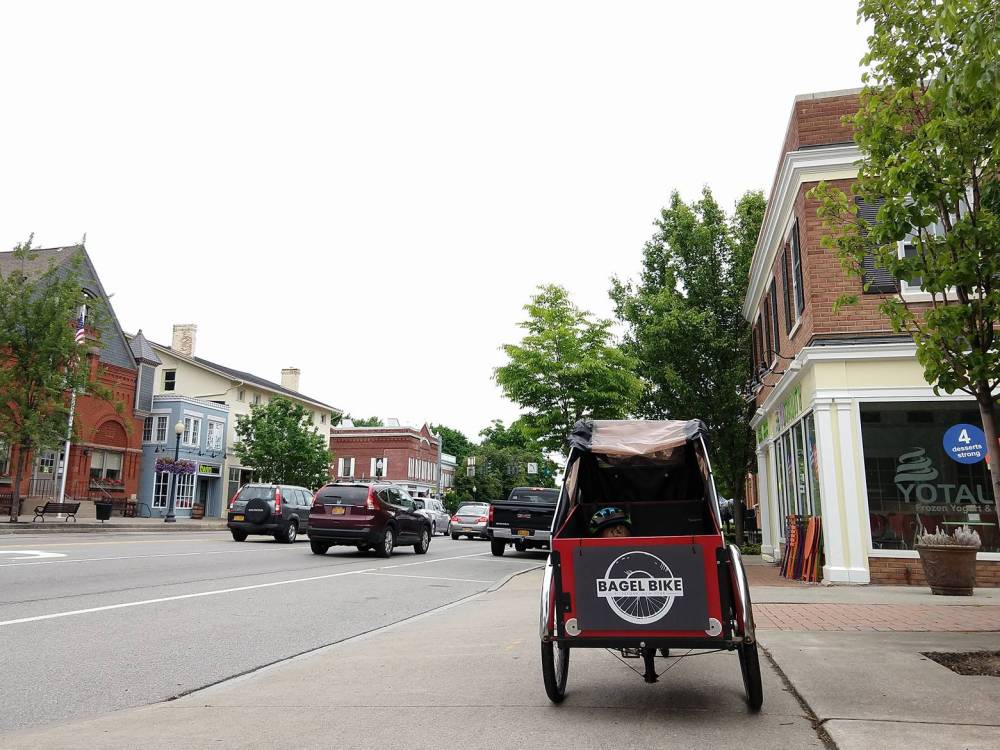